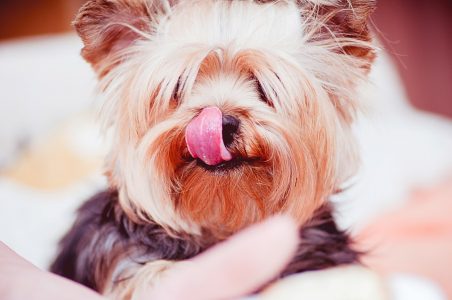 Considering the stress of combat, it’s no wonder military dogs tend to be tough breeds known for their size and strength. German shepherds, boxers, and various bully breeds are well-acquainted with the battlefield. But in World War II, the most famous military dog weighed only 4 pounds and stood a mere 7 inches tall. Smoky the Yorkshire Terrier wasn’t exactly what most people associated with Shakespeare’s “let slip the dogs of war,” but her small size is part of what made her such a hero.

In 1944, after being discovered beside a foxhole in the jungles of New Guinea, Smoky met Corporal William A. Wynne, an American soldier from Cleveland, Ohio. The two quickly became inseparable, and she stayed by Wynne’s side the entire time he was stationed in the South Pacific. Smoky is credited with going on 12 combat missions, surviving 150 air raids, parachuting 30 feet, and earning eight battle stars. Smoky’s sensitive hearing allowed her to alert Wynne and other soldiers of incoming air raids. 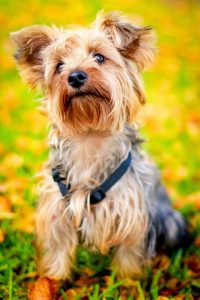 Smoky’s most famous act of heroism occurred when she went where no man could go at an air base at Lingayen Gulf, Luzon. The engineers needed help, so Wynne tied a strand of telephone wire to her collar and Smoky ran through a 70-foot long pipe in a matter of minutes. Without Smoky, it would have taken three days to lay the wire. Her work kept over 250 ground crewmen and 40 fighter and reconnaissance planes out of danger from enemy bombings.

In addition to saving lives on the battlefield, Smoky is also considered to be the first recorded therapy dog. She learned a number of tricks to cheer up troops and would visit injured soldiers at the hospital in New Guinea. After World War II, Smoky and Wynne visited veteran hospitals across the United States.

“Corporal” Smoky lived for another 10 years after the war before dying on Feb. 21, 1957, at approximately 14 years old. Wynne would go on to write a memoir about his time with Smoky titled “Yorkie Doodle Dandy.” Almost 50 years after her death, a life-sized bronze statue of Smoky was erected at her final resting place in Lakewood, Ohio. Her statue is dedicated to the bravery of all war dogs, and it is a reminder that heroes come in all shapes and sizes.